For decades, Canine Companions’ North Central Region Training Center in Delaware, Ohio has placed the same expertly trained service dogs as every other regional center, but in a very different kind of space. The building had been outgrown many years ago, with training occurring in the kennels and offices in the same space. The single building was also missing a crucial piece needed to serve as many people with disabilities as possible. There were no guest rooms for clients to call home for their two weeks of Team Training, requiring students to cover the cost of a hotel – a substantial barrier for many in need of a service dog.

In October of 2020, we opened the doors to the much-needed North Central Region Training Center in New Albany, Ohio. Thanks to our generous donors who realized the impact a new space would have on all, a fully accessible, state-of-the-art complex became a reality. Complete with training space, offices, updated kennels and 16 on-site guest rooms, the North Central Region now had everything in place to serve even more people with disabilities.

No longer do students have an out-of-pocket expense for lodging, but a fully customizable dormitory to meet their needs during Team Training – including a kitchen, lounge space and enclosed play area for their new Canine Companions service dogs. 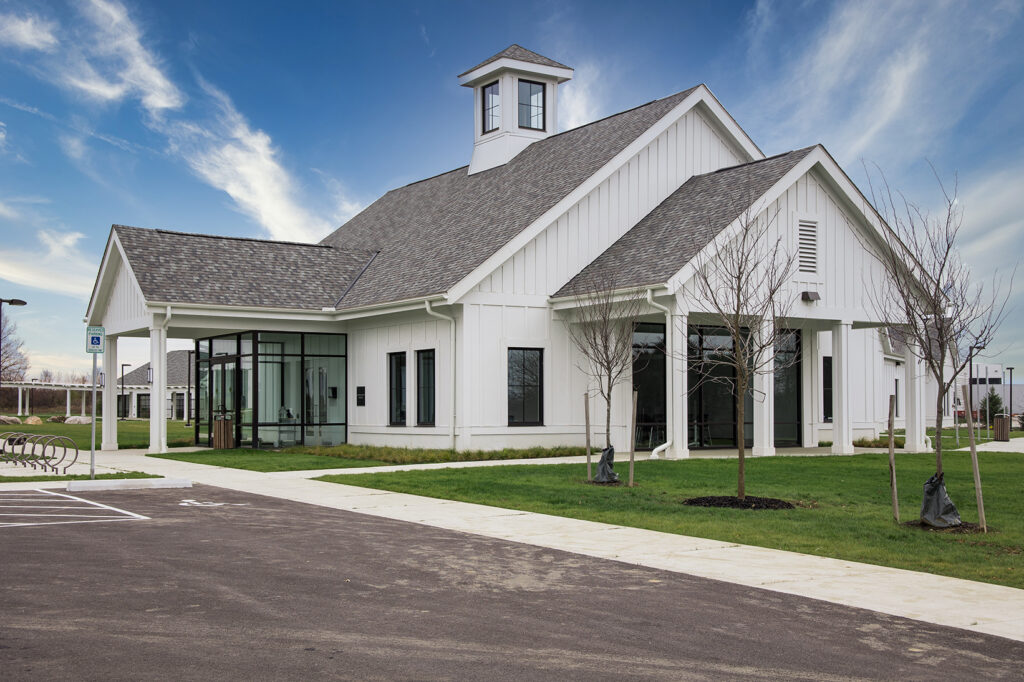 Apply to volunteer in the North Central Region