SANTA ROSA, Calif. – Gov. Gavin Newsom has signed the first bill in the nation to crack down on fraudulent practices concerning emotional support animals, while protecting public access rights for people with legitimate service dogs such as guide dogs or service dogs for physical disabilities. The legislation, co-sponsored by Guide Dogs for the Blind (GDB) and Canine Companions, garnered a rare groundswell of bipartisan support in the California Assembly and Senate.

Assemblymember Laura Friedman (D-Glendale) introduced the bill (AB 468) in the California Assembly and was its champion throughout the process to passage. Senator Patricia Bates (R-Laguna Niguel) managed the bill in the Senate. After passing the Assembly and Senate, Gov. Newsom signed it last week, and it will go into effect on January 1, 2022.

The legislation addresses the growing online sale of fraudulent emotional support and service animal certificates by opportunists who promise consumers access for their pets equal to that of people with legitimate service animals. The new law also requires clear disclosures for selling dogs for use as emotional support animals as well as for selling tags and other services relating to them. It imposes civil penalties to combat fraud and misleading business practices, which bilk money from consumers and put innocent, untrained animals in scary and dangerous situations.

“I’m grateful to my colleagues and Gov. Newsom for supporting this measure to protect the rights of people who are blind or visually impaired and other users of legitimate service animals in their equal access to public spaces, safety, and independence,” said Assemblymember Friedman. “By ending the practice of misinformation and fraud that has occurred with the sale of emotional support animals and service dogs, we can create a safer community for all – especially people with disabilities who rely on formally trained service dogs in their daily lives.”

“It was a pleasure joining forces with Assemblymember Friedman and stakeholders to combat the fraudulent practice of misrepresenting emotional support dogs as trained service dogs,” said Senator Bates. “I co-authored AB 468 because California needs stronger laws to reduce fraud and protect the reputations of legitimate service dogs and the people they serve. AB 468 is a bipartisan victory for Californians, and I am honored to have played a role in pushing the bill across the finish line.”

“The online sales of fraudulent certificates have become increasingly dangerous for the public and for dogs alike, causing confusion about legitimate service animals and complicating the lives of legitimate service-dog handlers whose disabilities are cruelly questioned,” said Rabih Dow, director of advocacy and outreach programs for Guide Dogs for the Blind. “This law will curtail selling fraudulent tags and certificates for untrained dogs, a practice that has confused people with false promises of access for their dogs to restricted public spaces such as restaurants, stores, planes, and public buildings.”

“It has been a pleasure working with Assemblymember Friedman and our colleagues at Guide Dogs for the Blind to craft such an important bill,” said Paige Mazzoni, chief executive officer of Canine Companions. “This law will help clarify the differing public access rights for service dogs and emotional support animals, as well as protect people with disabilities from unethical business practices around selling fraudulent documentation. We are committed to protecting and ensuring access for people with disabilities and the trained service dogs on whom they rely to live independently.” 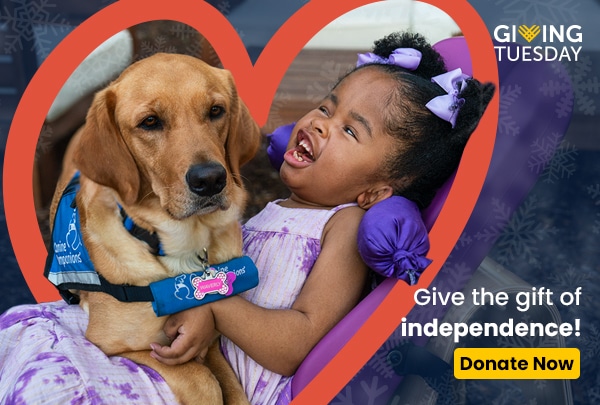