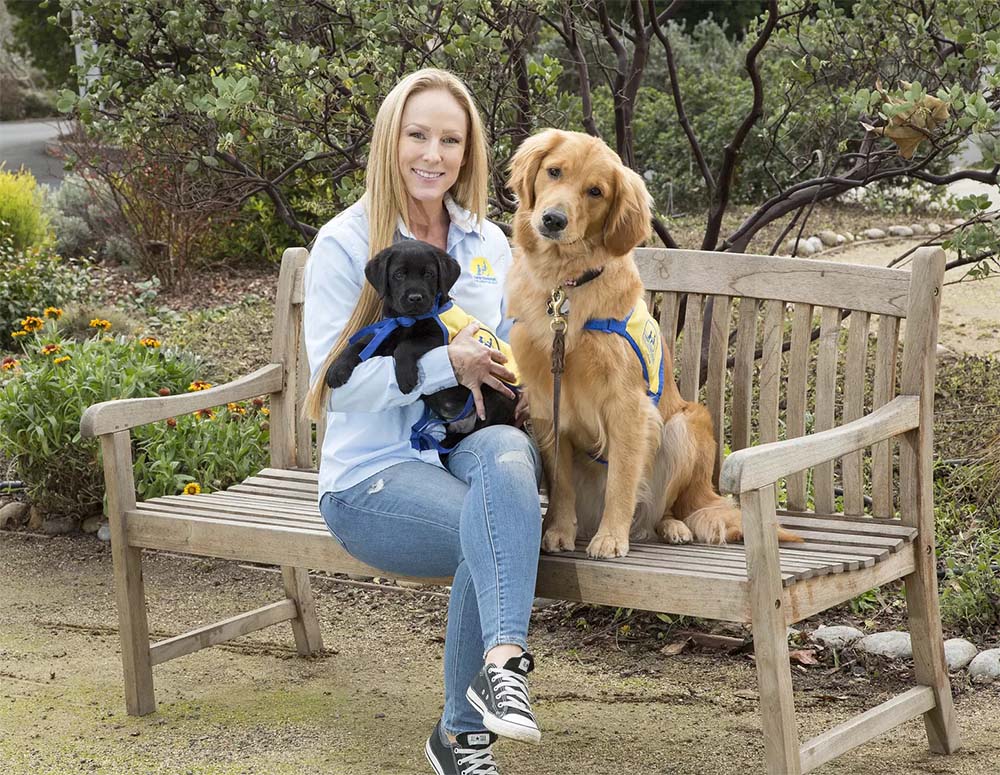 In December 2022, the California Department of Corrections and Rehabilitation announced the closing of the women’s section of the California State Prison in Folsom, California. Because of this decision, our prison puppy raising program at this facility is ending.
The prison puppy raising program at the Folsom prison has been life-changing for many of the inmates, providing positive impact and purpose. We are honored to have the chance to provide this opportunity to numerous individuals over the years at this facility.
Below is an archived story about Erin, a former Folsom inmate and volunteer puppy raiser:
“I was assaulted when I was younger, which led me to isolate and turn to drugs. I no longer believed I was worth anything. Canine Companions helped spark a fire within me to realize that I am worth more.” -Erin Boetzer
Erin was an inmate at the Folsom Women’s Facility on and off for nine years. In the final years of her incarceration, Erin found the Canine Companions puppy raising program, and it completely turned her life around.
In 2015, Erin was one of six inmates accepted into the Canine Companions prison puppy raising program. The day she met the prison program facilitators Carly and Cris, it was the first time in nearly a decade that Erin noticed she was being treated like a human being, and not “just an inmate.” Most importantly, she didn’t feel judged.
After exhibiting her leadership skills, Erin was invited to teach new inmate handlers about puppy raising in the prison. She realized she was doing something that was making a positive impact in the lives of others. After the first puppy Erin raised successfully graduated as a service dog, she was absolutely certain of her purpose.
In her last year at the facility, Erin began co-raising puppy Ticha with Sacramento area puppy raiser Laura Allen. Erin explains, “Once I began co-raising with someone on the outside, I really began to feel like I was a part of the Canine Companions family.”
When she was released from prison, Erin had the opportunity to continue raising Ticha. Erin credits her freedom to Canine Companions puppy raising program. “If I hadn’t been a part of that program, I wouldn’t have gotten out of prison,” she explains. “To get unconditional love from a dog, and to have kind, nonjudgmental people respect my opinions and listen to my input, it made me feel worthy, and it made me feel like a person.”

After she served her time, Erin continued to raise puppies, even while studying business and marketing at California State University, Monterey Bay – even after graduating. She went on to raise her eighth Canine Companions puppy, Ender.