Home » News » Puppy Raising: “Life Is like a Box of Chocolates – You Never Know What You Are Going to Get”

Puppy Raising: “Life Is like a Box of Chocolates – You Never Know What You Are Going to Get” 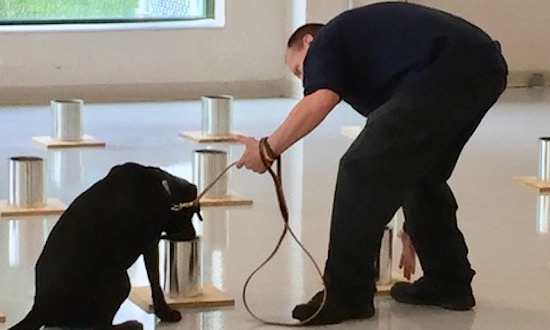 Having raised more than a dozen puppies for Canine Companions for Independence, Nick DeMarco and I will agree with that statement. Over the years, the puppies we have raised have gone on to become a skilled Companion, a Facility Dog, two Hearing Dogs, two Breeders, a Service Dog, and two came home to become Therapy Dogs. But our last puppy, Tarth, took a route that we did not anticipate and was sent to MSA Security, a company that trains and employs EDCs – “Explosive Detection Canines”.

Due to Tarth’s high energy, good work ethic, and great nose, this became the perfect route for him to use his skills. After three months of training, Tarth was placed in a class similar to team training where the handlers spend several weeks learning how the dogs work and training with them. Each handler is matched with their dog and the dog lives with the handler 24/7 in a home environment.

The dogs are very excited to detect explosive material as that is how they earn their meals! They are no longer fed from a bowl, but their food allotment for the day is used as rewards when they alert. This means the dogs are constantly training – even at home on their days off. When the dog detects an explosive he will sit and not budge until the handler recognizes his alert and gives him a reward.

We were fortunate that we were able to visit MSA Security the day Tarth was assigned to his new handler, Wayne. It was fascinating to watch them train together. Another Canine Companion puppy named Dorsey was in the same class. Both Tarth and Dorsey now work in New York, quite frequently in New York City in such fascinating places as Rockefeller Center, Times Square (think New Year’s Eve), NBC studios, 1 Police Plaza, The Garden, and recently, Sotheby’s auction where Oprah was in attend-ance. These dogs get around!

We couldn’t be more proud of Tarth and the job he is doing to keep our country safe! 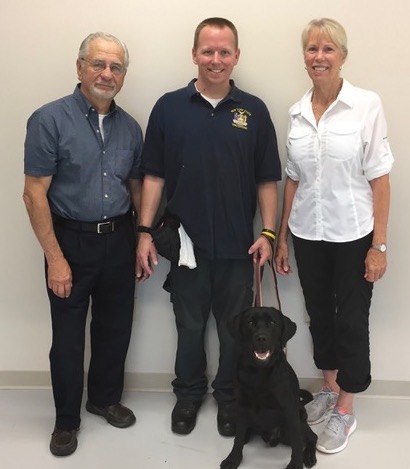 Click here to view the Companion Spring 2019 issue and the feature article on MSA Security.