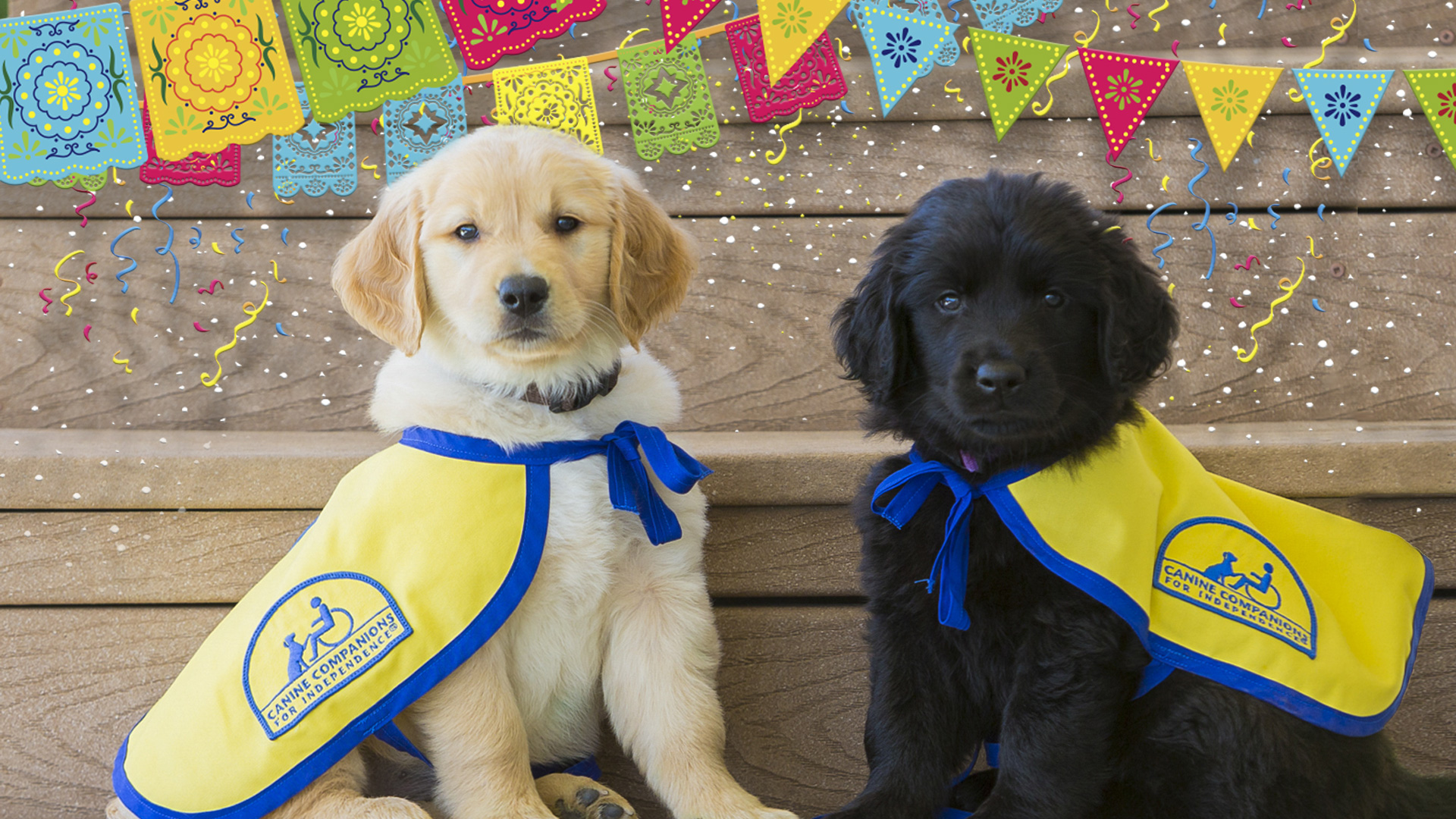 Join us for a fun and furry VIRTUAL fiesta benefiting Canine Companions for Independence, a non-profit that enhances the lives of adults, children and veterans with disabilities by providing expertly trained assistance dogs free of charge.

While we are unable to gather in person this year, we look forward to sharing the evening with you virtually. The event will feature special videos and activities, held live on the Facebook event page. Purchase of a ticket or sponsorship also includes curbside meal pickup from Joe T. Garcia’s.

Please scroll down for more information on ticket and sponsorship opportunities. If you prefer not to order a meal, please consider making a donation.

Join us virtually for Nacho Ordinary Dogs to learn how Canine Companions assistance dogs enhance the lives of people with disabilities each and every day.

Individual ticket includes a delicious Joe T. Garcia’s enchilada dinner for curbside pickup. Your support will help provide an expertly trained assistance dog to someone with a disability.

If you prefer not to purchase a meal, please consider making a donation to the event. 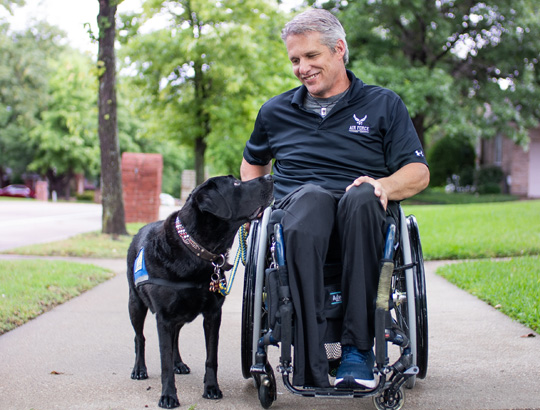 Retired Staff Sergeant Jason Morgan joined the United States Air Force in 1989. During a mission in 1999 in South America, Jason and his team were ambushed, causing their vehicle to tumble down a cliff. Jason was thrown from the vehicle and his back was crushed when the vehicle rolled over him, leaving him face down in shallow, contaminated water. An American missionary found Jason and brought him to a hospital, where he slipped into a two-month coma. Jason awakened paralyzed from the waist down but was lucky to be alive.

A decade after his injury, Jason was partnered with his first Canine Companions service dog, Nepal, to enhance his independence, followed by his second service dog, Rue.

Canine Companions Service Dog Rue helps enhance Jason’s independence by retrieving dropped items, tugging open doors, pulling his wheelchair and much more. Beyond that, Jason says having a service dog made him visible again. People who wanted to learn more about his dog, in turn, learned more about him.

“When you go through an injury like mine, it completely changes your life in every way,” Jason says. “Nepal and Rue have been the biggest contributors to my wellbeing and my way of life since my injury. I’ll never be without a service dog now.”

Give a Dog a Job®

Established in 1975, Canine Companions has six training centers across the country and is the largest non-profit organization of its kind. Canine Companions is recognized worldwide for the excellence of its dogs, and the quality and longevity of the matches it makes between dogs and people.

Thank You
To Our Loyal Sponsors

Become a sponsor of the Nacho Ordinary Dogs event and help provide assistance dogs to individuals with disabilities in Texas. Some sponsor levels provide opportunities to witness our mission firsthand.